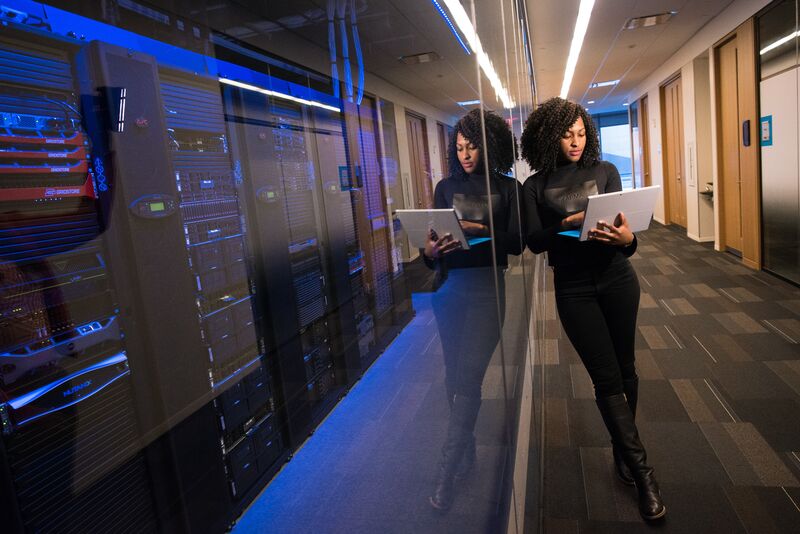 Digital economy technologies have undoubtedly altered the way people live their lives and operate their businesses. It has made businesses more efficient, from digital records and the resultant reduction in paper consumption, all the way to systems automation and Artificial Intelligence driving efficiency.

Remote working has resulted in a downward shift in commercial electricity consumption, a reduction in commercial real estate, and less work-related travel. This bodes well for industry’s carbon emissions, and this shift has been facilitated almost exclusively by digital technologies.

Despite these hugely positive impacts, the complex systems that empower digitisation are not without environmental impact. Big tech is a notorious consumer of energy, owing to the large amounts of energy required to keep their servers cool. Tech firms invest significantly in efficient cooling technologies in order to keep these energy demands lower, but these remain considerable.

In fact, according to the International Energy Agency, data centres alone account for 1.5% of global energy consumption, and 0.3% of global carbon emissions across the supply chain. Hearing that the Bitcoin Network demands more energy than the entire population of Finland, really brings these energy demands into perspective.
As our reliance on digital technologies and cloud computing skyrockets, and Cryptomining surges, these statistics are almost guaranteed to increase.

Despite falling behind in our digital transformation potential, South Africa is nonetheless poised to grow into Africa’s tech hub. Amazon’s recent announcement to establish a headquarters in Cape Town, has really catapulted this notion. Currently, Cape Town boasts 550 tech startups, employing over 40 000 people. R1.2 billion of Foreign Direct Investment has been earmarked for injection into the industry, the city is well on its way to becoming Africa’s “Silicon Valley”.

South Africa’s population of connected individuals is growing quickly, and sub-Saharan Africa is the most rapidly growing region in the world in terms of “unique mobile subscribers”. The region has a large population of young, connected, digitally savvy consumers. So, unsurprisingly Africa has received keen interest from a number of Big Tech multinationals, as well as significant investment into digital technology infrastructure development.

Given South Africa’s unreliable electricity situation, investment into the digital economy should also be coupled with innovative energy solutions if we are to leverage this opportunity effectively. NrG has